Black Trans Lives Matter. Black Queer Lives Matter. Stop killing us!
Real change is very very long overdue.
As a small Black tech firm we want to warn you of our anger. These are the very candid thoughts of our Founder and Chief Executive Manager, Pearl Friis. Consider yourself warned. If it ain't for you, it ain't for you.

How I really feel about the movement is we need to write (and force the adoption of) new policies ourselves because the current power structure will never get it right. And honestly a great number of those in power have shown absolutely no inclination to “get it right” when it comes to human rights and the preservation of human life. The oligarchy calls us “human capital stock”, and their systems don’t demonstrate even a working understanding of the word “human”.

I love the calls to vote. I vote, and I believe you should too. But as a Black bisexual woman I am almost always presented with only one real option. Vote for a democrat or stay home. Is that really exercising my vote? It feels like false choice. And then they further dilute our “choice” with the electoral college. One more way we are being gaslit. One more way to subvert the will of The People. And what are we doing about that part? Voting more ain't gonna fix it. This time last year we had a diverse beautiful field of possible candidates for the next presidential election. But here we are again, with the same 2 choices that are no choice at all. It is infuriating.

This system is utter rubbish, and it is functioning exactly as it was designed to function. It must be dismantled. Don’t think it went un-noticed that it was only after they released demographic data revealing Black, brown, and poor people (coded as “pre-existing condition”) are the ones most often dying from this pandemic that all the calls to “reopen the U.S. economy” started.

Black, brown, and poor people need to arm themselves and be prepared to defend life and limb at all times. Now more than ever. And I don’t mean toting an AR-15 around to intimidate and terrorize others. I mean conscientious concealed carry. (Don’t start none, won’t be none). There is a long history of state and white supremacists violence (often one and the same) to prove that non-violence is not as effective as we had all once hoped. If it was we would have stopped being asked to have this conversation (stop killing us) long ago.

Black lives matter. Period. It is not up for debate or discussion.

Now what are we doing to make sure our system acts accordingly? What are we doing to preserve lives? Where is our social good? What fruits are our policies bearing as a nation? Cuz we bout to fade some some of this out, for real. Change is here. We can do it amicably or we can burn it all down and build something new. It's already on fire. Many of us are inclined to let it burn.

The stock market is clearly gonna throw a party either way so I don’t want to hear a thing about the economy. Not one breath (or bot) about what it costs, because I’m not here to be gaslit by the myth of scarcity either. We can afford it, what are we considered a “wealthy nation” for? Let’s rebuild a government with new non-optional overhead costs for the so-called “human capital stock” formerly known as “We the People”.

Oh we can’t? Cant even try? To be crystal clear. We ain’t asking. We are at a fork in the road of our nation’s story. We continue on from here together, or we ain’t making it. Our current systems and policies have assured that.

The whole “non-violence works just look how we shot and killed all of your Black civil rights leaders to prove it” argument is not going to fly today. Not in 2020. We have our eyes wide open. And we REFUSE to repeat our nation’s past, or allow backwards ideals to survive. Nor do we have any intention of laying this burden on the shoulders of the next generation. Our children deserve better and our children’s children deserve better. We must root out systemic racism now and upend the systems of oppression which hold the vast majority of people down to benefit only a privileged few. We cannot give up or let up. Poverty criminalization and white supremacist power structures cannot be allowed to cause more damage to our nation than they already have. We must continuously confront them and root them out. You can miss me with that “color-blind” lie too. We cannot fix this unholy mess with denial and false “patriotism”. Pretending our policies are flawless as a nation and ignoring how completely we’ve failed our own people accomplishes our death. 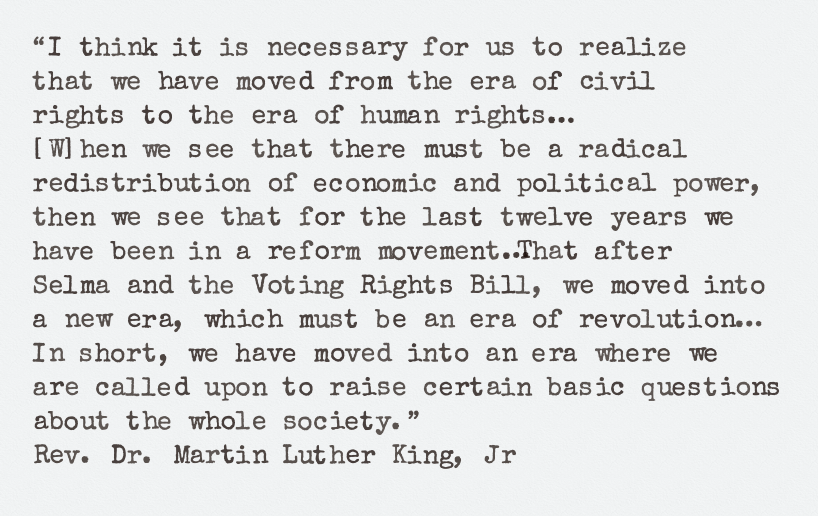 I don’t have the answers. And you don’t need to like me or what I have to say to help us get through this. All good people of conscious have gotta step up. Black, brown, and poor people have suffered too long and shouldered the burden alone while others pretended ignorance or comforted themselves with “gratefulness” luxuriating in their own privilege while wearing their colorblind-folds.

We all gotta find our lanes and hold em down. For the revolution. (Heck, even Ben and Jerry’s over here doing their part).

I highly recommend and align myself with the demands of the “Poor People’s Campaign: A National Call for Moral Revival”. It is one of the many great organizations taking action, planning for change, and standing ready to help us turn the page on this next chapter. And though cash bail is another system of oppression that needs to be abolished, until it is, I’d also like to encourage you to contribute to a community bail fund if you are in a position to help monetarily. There are also a lot of people suffering from hunger right now so I encourage you to consider repeating donations to your local food bank or mutual aid fund.

I want to take a moment to encourage all those who were weary before the latest murder and lynching victims names were added to an already too long list. We see you, we thank you, and we are with you. I don’t know what comfort we can offer to the families of the many victims other than to say we are so saddened by and so sorry for their loss and we are hyper-aware that words are no comfort right now. Action is what counts and real change will be only a small comfort, but we hope it is one that’s on its way to you soon. 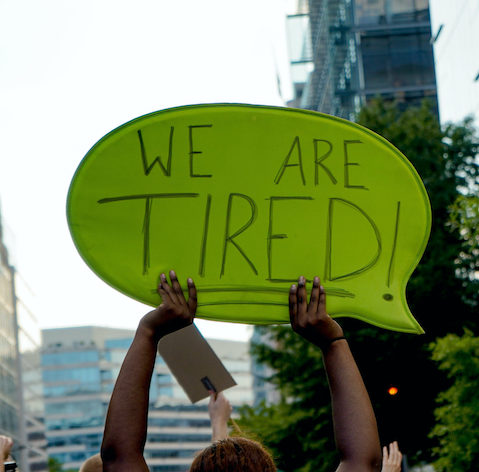 To all those fighting for that change, rest when you need to, and then take up your arms again. This fight is not yet won. But it is my sincerest hope that it will be, and it’s going to take every one of us fighting continuously (in shifts) to bring about the change we long to see.

Let’s stay passionate and uncompromising and break down the old world so the new world can bloom.

And to be quite frank, I don’t think we should settle for anything less any more.